Simon Hagan is the creative director of video company Go Vocal Video, creating corporate and promotional videos in Cambridge and London since 2015. He is an award-winning film-maker who has worked in corporate video since the 1980s as a cameraman, editor, writer, and director on a broad variety of projects in the UK and around the world.

“Be seen, be heard, be remembered”. A well-made and strategically distributed video can do all three of those things for your brand or message. It is all about audience engagement these days, video does this…it really does!

Be seen: “92% of users watching video on mobile will share it with others.” (Wordstream)

Be remembered: “Viewers retain 95% of a message when they watch it in a video, compared to 10% when reading it in text.” (Insivia)

And yet: “While 80% of marketers see video as important, only 10% are using it and the majority of websites still don’t have video at all” (Replayscience). So, what are they missing out on?

Videos are tremendous content for search engines and SEO. By having videos both on your site and on Youtube, you are capturing a wider range of searches. While more advanced hosting sites like Wistia can give you additional tagging tools for search-friendly content with embedded video on your website. Videos keep people on your site for longer, which Google likes. And if you create really great, shareable videos they can be a good source of backlinks to your site, which is a big plus in the search engine’s eyes.

Video keeps people on your site

In its simplest form, a good video stops your site visitors in their tracks, as the linear video engages them and encourages them to stay awhile. This can mean they see other features of the site, which they may have missed with less engaging content. And if they’ve watched one video, there’s nothing to stop you from offering further video material which will draw them into your site even more and much more effectively than reams of text.

Video allows you to say more in less time

Pictures and video grab you immediately – it’s obvious. Straight to the brain or, if you get it right, direct to the heart. Think of the most powerful visual you ever saw – how long would it take you to describe its content in words? And would you even come close to creating the emotional impact that’s possible with video’s powerful cocktail of voice, music, and moving images?

This is the big one. “People buy people” as the saying goes and there is no better way to connect with your potential tribe than by sharing your world with them on a video. As with all these techniques, the video needs to be made in a way that allows people’s personalities to shine through – a mumbling CEO chanting a list of your products isn’t likely to move anyone. But when you get it right, it can leave the viewer feeling they recognise something of themselves in what they’ve seen. And that is connection.

However, video isn’t a magical light that will automatically attract a fluttering audience, moth-like to your messages. Even if you have a great video it won’t do anything for you buried away on a hyperlink at the bottom of your About page. Some basic concepts should drive the creation and deployment of any video or video campaign.

Build it into the design

Videos are generally indicated on a website by thumbnails (still or moving) and that thumbnail has a look and presence on the page. If you’ve gone to the trouble to have a beautiful and functional site designed for your business or organisation, you want the video to look at home there. Or better still, you could design it in from the beginning. That way, video is included in the flow of the site and is more likely to be watched. And when thinking about this, bear in mind that a Facebook executive recently predicted that by 2021, Facebook would be ALL video. Whether you believe that or not, it’s still indicative of the way the big guns are thinking.

This is the golden rule of any film or video – large or small. What impact do you want to have on the viewer after they have watched it?

Or, with our commercial hat on, what do you want them to do? Become more aware of your products? View you as an expert? Buy something? Knowing this from the beginning will guide you through every decision you make, from who or what appears in the video, to the tone of voice and its placement on your website (or elsewhere).

Make it worth their while

As video production becomes more democratised and the tools that allow anyone to make a “video” more freely available, the perception of what makes a good video becomes increasingly diluted. However, just because your brother-in-law’s son has a camera and can put some shots together in iMovie, doesn’t mean you have entered the kingdom of video mightiness promised by the stats. To be fair, access to simpler video tools has contributed greatly to the growth of video as a medium and a simple, well-conceived 15-second idea can create real impact on social media, especially if it involves a funny cat.

But the final test (regardless of family allegiances) is this: would the finished video work on YOU? Think of the purpose that you started with and be really honest: would you do or feel what you want your audience to do or feel if YOU watched the video you have created? If not, why not? Tweak it, re-work it, or shorten it until it does (Hint: this may be easier with the help of an expert). But, whatever you do, don’t underestimate the power of strong video content to connect with your website audience.

To get a sneak peek of the kind of videos Go Vocal Video create, take a look at their 2020 showreel here.

How your website can offer help and support, right now 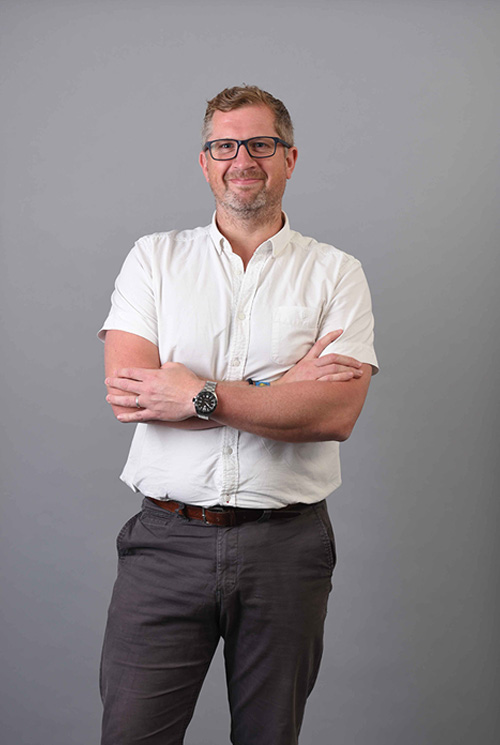